PC Institute for Medical Education -- in the News     Click for details

On September 9, Dr. Zia Kidwai, the Prima CARE Director of Cardiac Testing, was featured on WPRI (Channel 12) on The Rhode Show during their 'Healthy Living' segment.

The importance of early diagnosis and treatment was emphasized, and TV personality Meaghan Mooney even tried out Prima CARE's CT scan during her visit to our cardiac testing facility and our Radiology department.  Dr. Kidwai's appearance on WPRI's The Rhode Show was the first in a series of quarterly health segments planned this year, featuring Prima CARE's Sleep Disorders Center, our new office-based Endovascular Suite, and our Pulmonary/Critical Care Division.

Prima CARE is by your side and on your television. 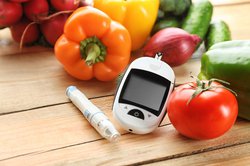