FALL RIVER, Mass. (February 22, 2012) - The Division of Endocrinology at Prima CARE Medical Center is the first medical center in Massachusetts to help improve the diagnosis of thyroid cancer by offering the Total Afirma® Solution Service, a genomic approach to evaluating suspicious thyroid nodules. The test helps doctors rule out malignancy early to help cut down on unnecessary surgeries. Dr. Kishore Lakshman and Dr. Tamer Yacoub were concerned recently when they found a nodule in the thyroid of a 68-year-old man. Dr. Lakshman extracted cells from the nodule, hoping to determine whether the man had cancer, but the biopsy results were inconclusive. Until recently, such uncertainty would have led to surgery to remove all or part of the thyroid. At the least, the patient would have faced a tense waiting period to see if, over time, he developed clear signs of cancer.

This time, however, the doctors simply sent the cell sample to the laboratory. A new test analyzed the cells' molecular patterns, producing a high level of certainty that he didn't have cancer. It was a relief to the patient to have a quick answer, and it prevented unnecessary surgery at significant cost, plus a lifetime of thyroid hormone medication.

Under the leadership of Drs. Lakshman and Yacoub, Prima CARE is helping lead the way nationally in the use of this genomic approach to evaluating suspicious thyroid nodules. The test that benefited the 68-year-old patient could eliminate the need for tens of thousands of unnecessary thyroidectomies.

'We are excited to be the first and only center thus far in Massachusetts to be able to provide the Total Afirma Solution Service. This should allow a significant portion of our patients to avoid the cost, discomfort and risk of surgery,' says Dr. Lakshman. The typical cost incurred for a thyroid surgery is in the $20,000 to $30,000 range. A recent large-scale study published by The Johns Hopkins School of Medicine showed that the use of this test could avoid almost three-fourths of currently performed surgeries in patients with benign thyroid modules. Given this test's potential to save health care costs, it is covered by Medicare and most commercial insurance.

According to Dr. Yacoub, 'When cells are extracted from suspicious nodules in the thyroid, they are usually found to be benign, or non-cancerous. However, in up to 30 percent of cases, the results are ambiguous, or 'indeterminate.' Current guidelines recommend that most of these patients undergo surgery for a definitive diagnosis, as thyroid cancer is highly treatable. But post-surgical results show that only 20 to 30 percent of the patients have cancer.'

The test was developed by Veracyte, Inc., a California-based molecular diagnostics company pioneering in the emerging field of molecular cytology. Their researchers developed the test by identifying genetic patterns that would reliably tell when a patient has no cancer present. The findings of a recent multicenter trial confirmed the test's premise: when certain patterns appear among thyroid genes, the odds are more than 95 percent that there's no cancer. That is similar to when an expert pathologist looks at cells and determines there is no cancer, but this time without surgery.

There are an estimated 450,000 thyroid nodule fine-needle aspirations performed each year in the U.S. The American Cancer Society expects over 56,000 new cases of thyroid cancer in 2012. Nearly two-thirds of the cases occur in people between 20 and 55-years-of-age. About 1,740 people (980 women and 760 men) are estimated to have died of thyroid cancer in 2012. The chance of being diagnosed with thyroid cancer has doubled since 1990, in part because of better detection. It is anticipated that a significant number of the 125,000 patients who undergo thyroid surgery each year will be able to avoid it with the improved diagnosis of thyroid nodules. 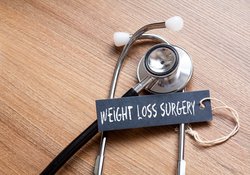