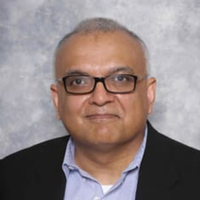 Dr. Kidwai attended medical school at King Edward College University of Punjab, 1987. Upon his graduation he followed up his training at St. Vincent's Med. Center/Yale Hospital, University of Missouri Health Center and Brigham & Women's/Harvard. Dr. Kidwai is Board Certified in Cardiovascular Disease, Nuclear Cardiology, Echocardiography, Cardiac CT Angiography and Intraoperative TEE. Dr. Kidwai is active at St. Anne's and Charlton Memorial Hospital in Fall River. He is the Medical Director of the Prima CARE, P.C. Cardiac Testing Department, which is the first in the area to have accreditation in both nuclear cardiology and echocardiography. In addition he also directs the Charlton Memorial Echocardiography lab. Dr. Kidwai was among the select few physicians to be honored with the prestigious 2011 Patient's Choice Award. Click here for more about Dr. Kidwai's Patient's Choice Award.   Click here to see Dr. Kidwai on WPRI's "The Rhode Show" describing Prima CARE's Cardiac Testing Lab and Cardiac CT.

PrimaCare has become a recognized leader in medical care for southeastern New England communities. We have built our reputation with an excellent medical staff, diverse services and dedication to your personal well-being. Learn more about our services and where we are located. Click here if you need a new physician, or click here to find a provider.