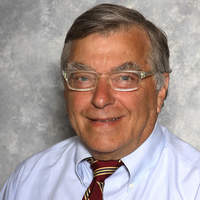 Dr. Stephen Groskin is an experienced Family Medicine physician, seeing patients in his Prima CARE office in Tiverton, Rhode Island, beginning September 19, 2016. Dr. Groskin is a native of Buffalo, New York, but has practiced Family Medicine in New England for over 30 years and in Rhode Island since 2007.  He received his Medical Degree at the State University of New York (SUNY) and completed his Family Medicine Residency at Ohio State University. Dr. Groskin is a member of the American Academy of Family Physicians and has been an Assistant Clinical Professor of Medicine at the Warren Alpert Medical School of Brown University since 2007.  He has been Board-certified in Family Medicine since 1978.  Dr. Groskin was most recently a member of the Lifespan Network prior to joining Prima CARE.  Dr. Groskin sees patients from childhood to the elderly and welcomes his former patients as well as new patients to his Tiverton, Rhode Island practice.

University at Buffalo, School of Medicine and Biomedical Sciences
M.D.

Residency , Family Medicine
Ohio State University Hospital
Contact Us
Address:
Get Directions
Hours:
Get In Touch with Us:
CALL: