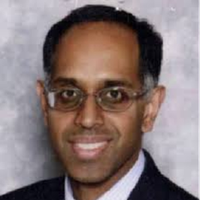 Dr. Rajendra Patel is a Board-certified surgeon who specializes in the diagnosis and management of circulatory diseases involving arteries and veins. Dr. Patel earned his medical degree at Temple University in Philadelphia and trained in Surgery at Temple University Hospital and the University of Pittsburgh Medical Center.  He completed a Vascular and Endovascular Surgery Fellowship at Massachusetts General Hospital in Boston.  Dr. Patel practiced vascular surgery and was an Assistant Professor of Surgery at Florida State University in Orlando before joining Prima CARE's Center for Vascular Diseases in 2012. Dr. Patel is Board-certified in both General Surgery and Vascular Surgery.  He Is a registered Physician in Vascular Interpretation and was the Medical Director of a nationally-accredited vascular laboratory in Orlando.  He has received research grants for basic science research in vascular disease, performing research at The Cleveland Clinic and Massachusetts General Hospital.  Dr. Patel has contributed to the vascular literature and had lectured and presented his research and clinical findings extensively throughout his career.  Dr. Patel is particularly interested in the endovascular management of aorto-iliac disease, including stent-graft repair of thoracic and abdominal aortic aneurysms.  In addition, he is skilled in carotid surgery and carotid stenting, atherosclerotic and diabetic arterial disease, venous disease, and dialysis access.  Dr. Patel sees outpatients at the Center for Vascular Diseases on South Main Street in Fall River and in Taunton.  He has admitting and surgical privileges at St. Anne's and Charlton Memorial Hospitals in Fall River, at Morton Hospital in Taunton, and at The Miriam Hospital in Providence.

Diagnosis and Management of Circulatory Diseases involving Arteries and Veins
American Board of Surgery
Contact Us
Address:
Get Directions
Hours:
Get In Touch with Us:
CALL: