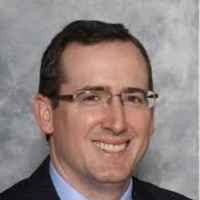 Dr. Campbell is a graduate of the Philadelphia College of Osteopathic Medicine. He completed his Residency in Family Medicine at Martin Army Community Hospital at Fort Benning, Georgia, while serving in the armed forces. Dr. Campbell then practiced Medicine at Martin Army Hospital and was deployed to the Army Health Clinic in Wiesdbaden, West Germany. He is retired Army National Guard and is Past Commander of the Medical Detachment of the Rhose Island Army National Guard (RIARNG). Dr. Campbell joined Millview Medical Associates in Fall River in 2008, an established group of providers who then joined Prima CARE in 2013. Dr. Campbell is Board-certified in Family Practice and Osteopathic Manipulative Treatment. He is a member of the American Academy of Family Physicians, the American Osteopathic Association, and the American College of Osteopathic Family Physicians. He is currently the President of the Saint Anne's Hospital Medical Staff, with a tenure from 2019-2021. Dr. Campbell sees patients in the Millview Medical Associates office in Building 7 on the main Prima CARE campus in Fall River and admits his patients to St. Anne's Hospital.

medical license
PA State Medical License
Contact Us
Address:
Get Directions
Hours:
Get In Touch with Us:
CALL: